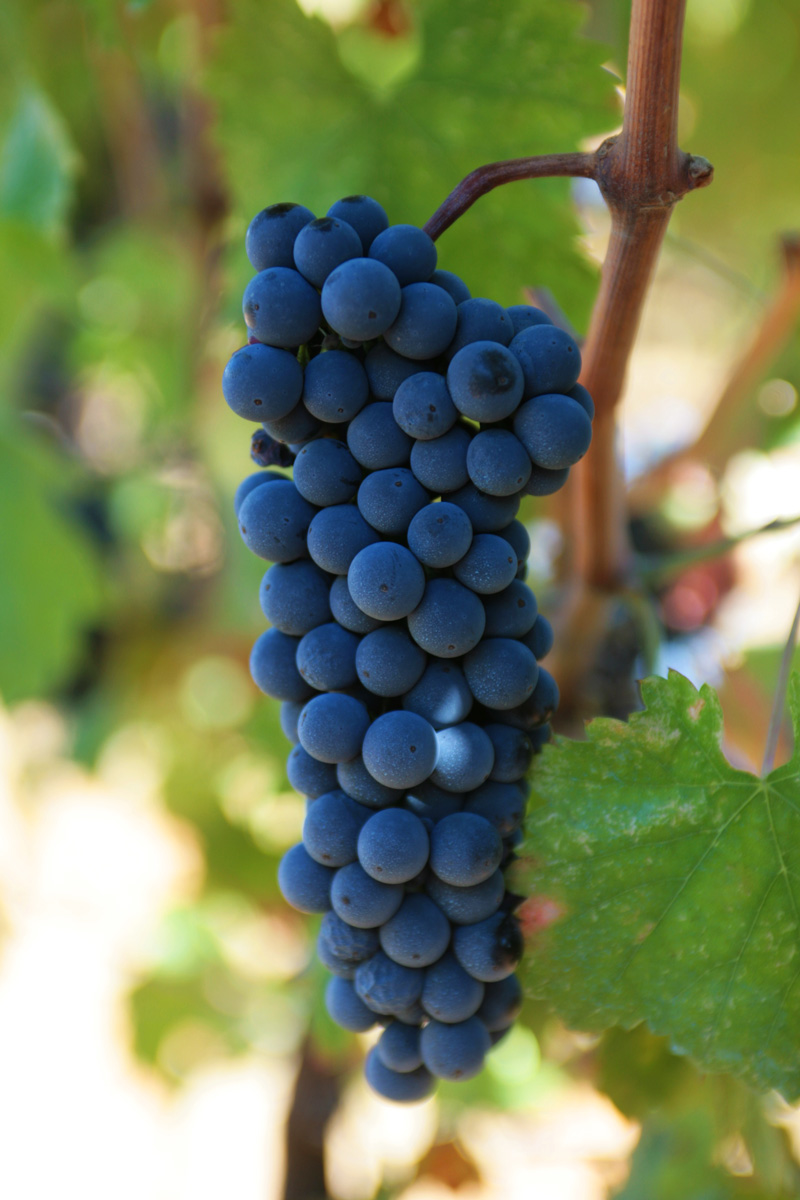 Sagrantino is a native vine of Umbria with a millennial history, a witness of the traditions and culture of our region.

Sagrantino name can be traced back to the Sacraments (from Latin “Sacer” – Sacred). Many historians believe that the name is in fact linked to the Sacred use during the Holy Mass, and it is a fact that the Sagrantino grape has been handed down over the centuries as sweet and fragrant wine thanks to the Benedictine monks who have cared for and preserved it within the convent walls.

Other fascinating traditions want the Sagrantino Passito to be drunk at meal with the lamb in the Easter lunch and used in small amounts in the “zabaglione”  as a tonic for young people convalescing from childhood diseases.

The production area is 670 hectares in the center of Umbria, and includes the entire administrative territory of the municipality of Montefalco and part of the municipalities of Bevagna, Gualdo Cattaneo, Castel Ritaldi and Giano in the province of Perugia, on the Left Bank of the Tiber river . It is protected by the DOCG label since 1992.

Sagrantino is a wine of great structure and intensity. The color is intense ruby red, with garnet reflections. Even the nose is very persistent with unmistakable notes of blackberry. After the proper aging, the residual sugar sweetness is balanced by the extraordinary tannic richness of the Sagrantino. If it is consumed young, tannin is prevalent. Even in the sweet version, the color is intense ruby red, tending to garnet, and the scent is persistent but delicate and reminiscent of jams of blackberries and blueberries, morello cherry and vanilla. The taste is soothing and slightly dry, elegant, harmoniously sweet. It‘s also famous for its great intensity, concentration and aging potential.

Sagrantino is a grape variety with the biggest amount of polyphenols, anthocyanins and natural sugars in Harvest, very known elements in nutrition field for the positive effects especially in the context of cardiovascular diseases.

Comparison of the main grape varieties